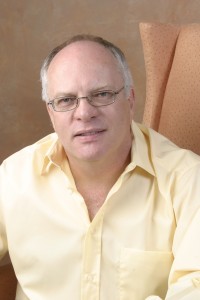 Music captivated Johan from a very early stage in his life, as he started playing the piano at the age of 3. He joined his father’s band at the age of 15, and his love for music continued to grow. In the 70’s when it was still compulsory for young school-leaving men to join the South African Defense Force, Johan joined the Entertainment Group and toured around the country for three years with a 5-piece pop/rock band entertaining the troops.

In 1982 he settled in Johannesburg as a session musician, composer and arranger, performing as keyboard player in pop and rock bands during the week and jazz bands on weekends. His love for all genres of music took him on a journey, producing albums for local and international artists, composing and arranging variety TV shows, numerous extravaganzas, movie scores, radio station identity music, radio commercials and live concerts from 5-piece bands to full orchestras.

International projects that he arranged and produced took him to France, Los Angeles, Atlantic City, Belgium and Italy. Since the age of 10 Johan was mainly influenced by great American composers, arrangers and producers. As a pianist he studied the music of Oscar Peterson, George Shearing, Russell Ferrantte (The yellow Jackets) and his biggest mentor – Chick Corea. As a composer and arranger his biggest influences were Quincy Jones, Dave Grusin, Gino Vannelli, David Foster, John Williams, Jeremy Lubbock and Michel Columbier. Johan had 9 Artes Award nominations of which he won one. He also won the M-Net Movie Award for the best movie score in Africa.

Working closely with producer and director Heather von Ruben, Johan produces music for theatre extravaganza shows for the “Costa” fleet of luxury cruise liners in Italy. In March 2013 he completed his 15th and 16th show for the Costa Deliziosa 100 day world tour. In 2012 two of their shows “tipped over” when the Costa Concordia capsized and sank after striking an underwater obstruction off Isola del Giglio.

Johan joined the “Idols” team right from the start as Musical Director in 2002. He completed 8 seasons in South Africa as well as two in West Africa and East Africa.
Johan’s studio is situated just 45 minutes from Johannesburg, where he produces all of his projects. His state of the art studio is fitted with a dedicated control room, drum room and piano room, which include a Yamaha C7 grand piano.